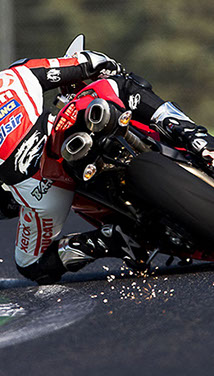 Ultimotive is the worldwide manufacturer and distributor of the Moto GP Motorcycle Care line of products. Our team has years of experience in the development and management of products for this segment. We work closely with our distributors around the world.

Alpha Marketing was created and developed with one goal in mind and that was to bring expert industry insight coupled with innovative products and services.  With over 40 years servicing the automotive industry, It is our focused and tailored approach which allows us to demonstrate our point of difference.

Established as a World Championship by the FIM (Fédération Internationale de Motocyclisme) in 1949, MotoGP is now into its 65th year. It is the oldest motorsports championship in the world and the premier-class of three racing classes that take to the track on a typical Grand Prix weekend. Formerly labelled ‘500cc’, the championship underwent a change in 2002 with new technical regulations permitting the introduction of four-stroke machinery and increasing the engine capacity to 990cc, thus becoming MotoGP. From 2007 the rules were altered, limiting engine capacity to 800cc, and once again from 2012, setting the maximum engine displacement at 1000cc. MotoGP has been administrated by commercial rights owners Dorna Sports under the supervision of the FIM since 1992.

MotoGP™ has a rich history with Grand Prix events having taken place in every corner of the world throughout the last 65 years. More than 2.4 million people came through the gates of the circuits to watch MotoGP in 2013. Italy, Great Britain, Spain, the USA and Australia are just some of the nationalities that have all totalled high numbers in terms of race victories and world titles 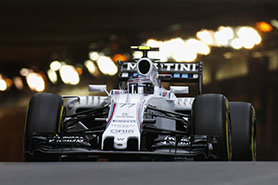 Enter your details below and we will call you back.